2022 registration for all returning players is now open.

With the ever growing players joining the club, we are always looking to continue building our excellent coaching team.  Training and support will be provided by the club following the FAI coaching pathway. Support structures in place as well as simple Garda vetting.  Player enjoyment and safety are always the focus.

We have openings at several age levels, starting at the kindergarten/academy level all the way up to our U18s.  For anyone interested in chatting about opportunities, you can respond through the web page, message us on FB or call ​Gary Doyle (0896106275) or Ken Kelly (0868177398) for more information.
Respect for everyone. 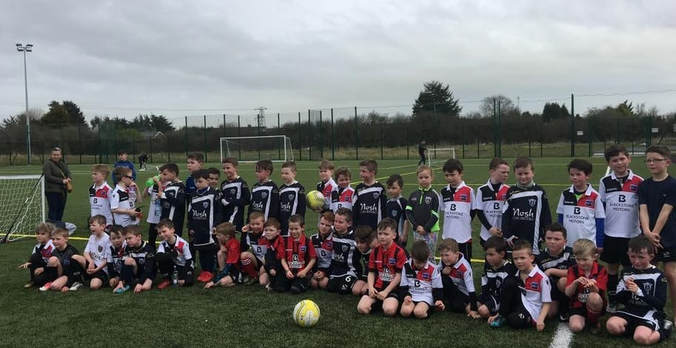 ​Busy weekend for our academy, United park and the visit of Ardee academy.
Academy visit Ardee Celtic
U17's having a great season ..... 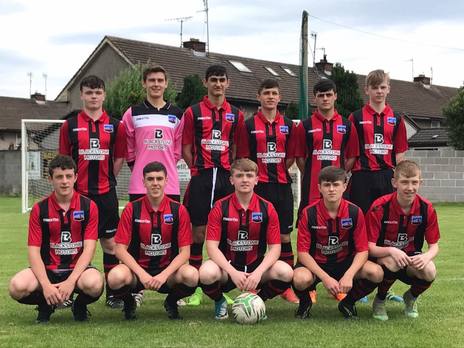 A super win over Swords Celtic to reach the 3rd round of the FAI Youth Cup. Well done to all involved.

Drogheda Town FC had 8 players selected for this seasons Kennedy Cup squad which was held in UL last week.  Playing against teams such as Kerry, NEC, North Tipperary, WW/EC and eventual finalists Sligo/Leitrim, the squad came away with 2 wins in the competition. Niall Collins, Alan Bowden, Ryanb Connolly, Adam Kelly, Sean O' Donoghue, David Nkpa, Tom Bowen and Alex Agbonifo all had impressive tournaments.  Both Sean and David scored 2 goals each with Alan also scoring. Adam and David also scored in the final game penalty shoot-out. Sean's goal against Sligo/Leitrim was voted goal of the tournament!

​Well done to all the lads, the club are extremely proud of your achievement. 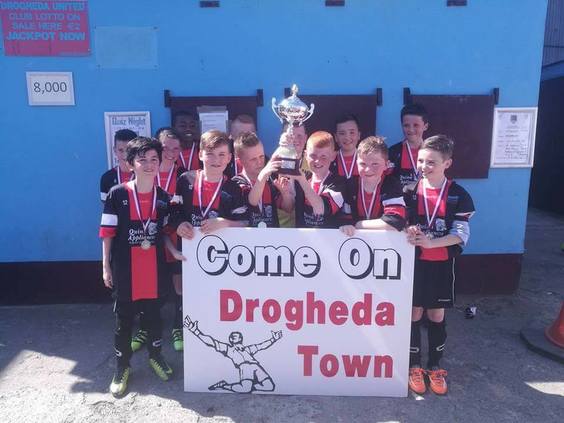 HAPPY EASTER
​
from everyone in the academy !!! 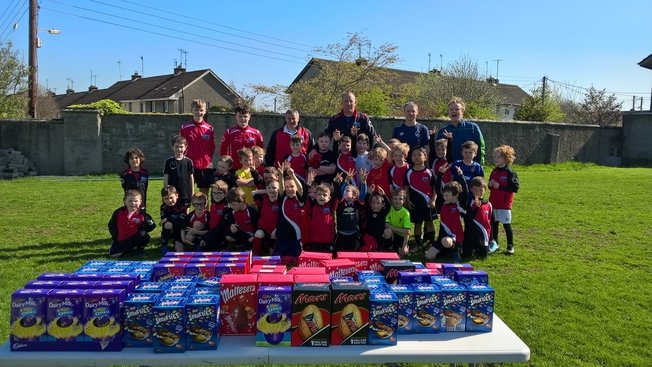 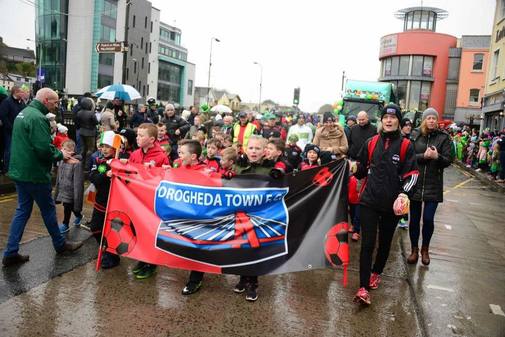 LOOK WHO CAME TO VISIT!! 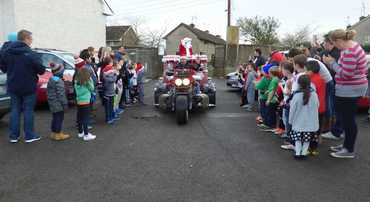 What a great morning! Santa arrived at the DTFC Kindergarten and Academy. Plenty of smiles around the clubhouse.
What a fun Saturday morning!!  Special thanks to Ardee Celtic for joining the Academy this morning. 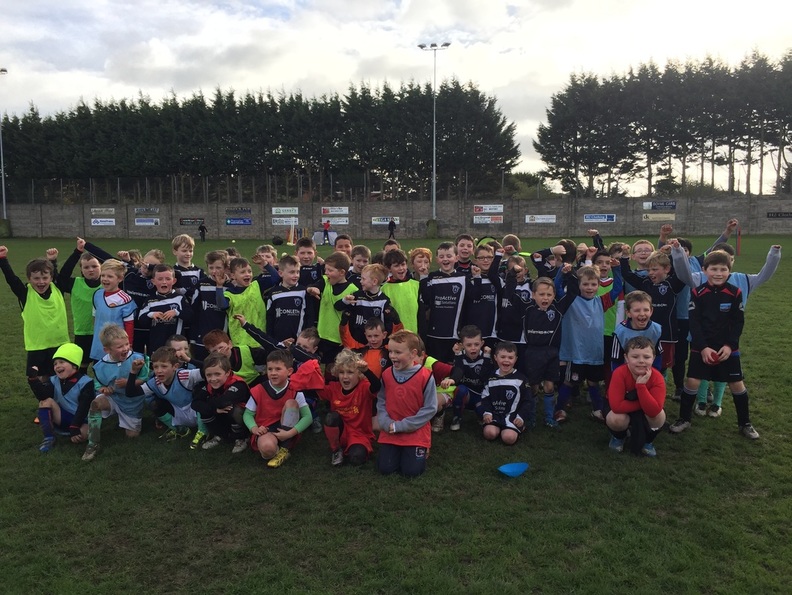 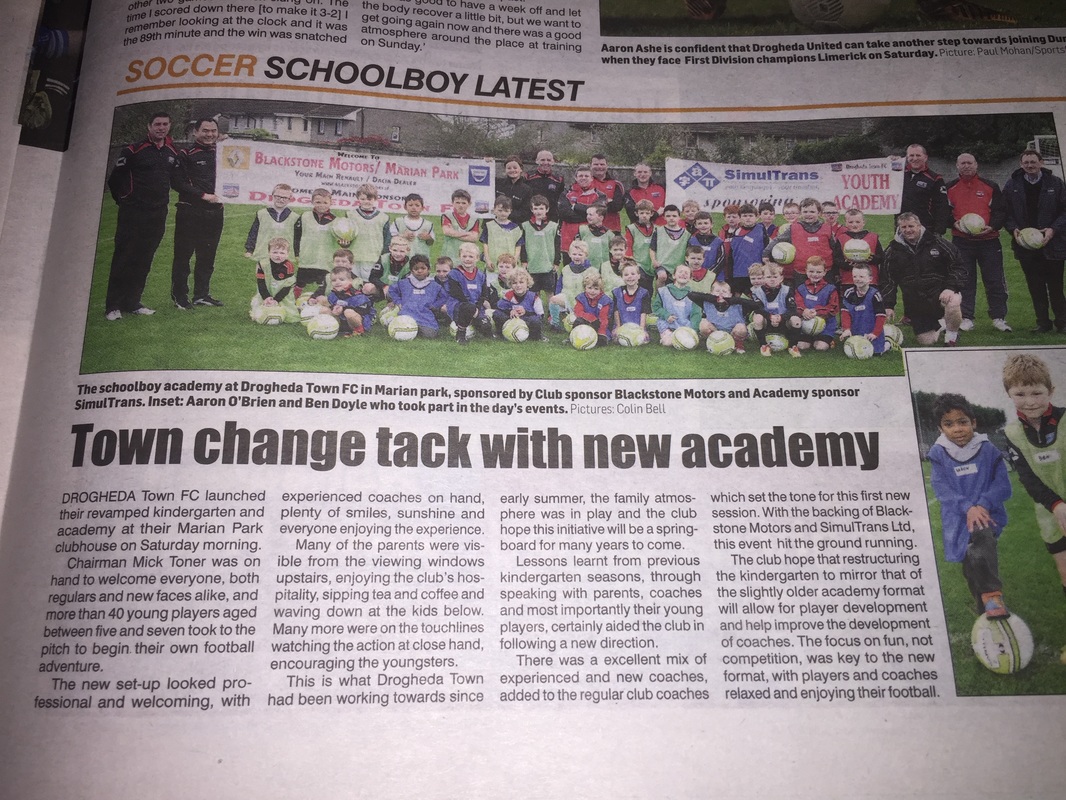 Happy with the start of the new season !! Well done guys!! 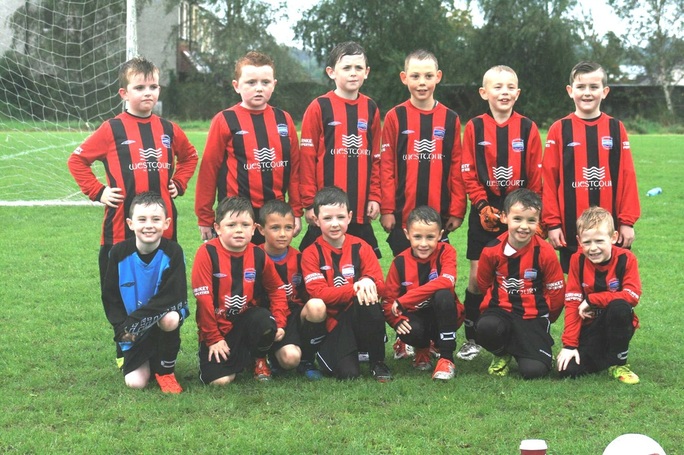 Some of our summer tournament winners, well done lads. 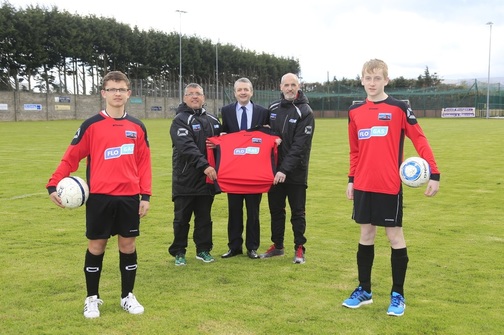 Thanks to all the players, parents and supporters who attended both our recent presentation nights. Special thanks also to all who helped organise the events and cater for all the players during the evenings. Your support is as every very much appreciated.
Awards Night part 2 - gallery
Congratulations to all our award winners

Drogheda Town FC awards night for the 2015/16 season will be held in Marian Park. For our U8 to U12 teams, the date is July 11th. For our U13 to U18's, July 18th is the date.  Enjoy the evening and well done on another fun and successful season.

Well done to Alan Bowden who represented the Drogheda league in the Kennedy Cup this week. Alan and the rest of the squad finished the tournament in their best position for five years. The club are extremely proud of having a Drogheda Town player reach this standard and play at such an elite level. We are very proud of your efforts Alan, well done.
For latest DTFC Trials information, 2016-17 season, click logo 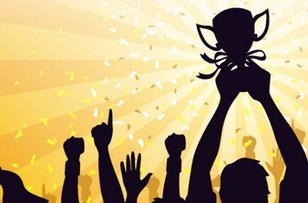 Drogheda Town Under 14's last night beat Drogheda Marsh Crescent 3-2 at Marian Park to close out the division one title.
An early goal by Alan Donnelly put DTFC one up, quickly followed by a Dean Almond Strike to make it 2-0.
Matthew Eccles then had a great chance to make it 3 but saw his shot from a corner go over the bar.
Again, DTFC never let their heads drop dominating the 2nd half and only the crossbar and post along with some great saves by they DMC goal keeper kept the scores level at 2-2. With little over 10 minutes left to play, Alan Donnelly score the
vital winning goal to seal the Division title. 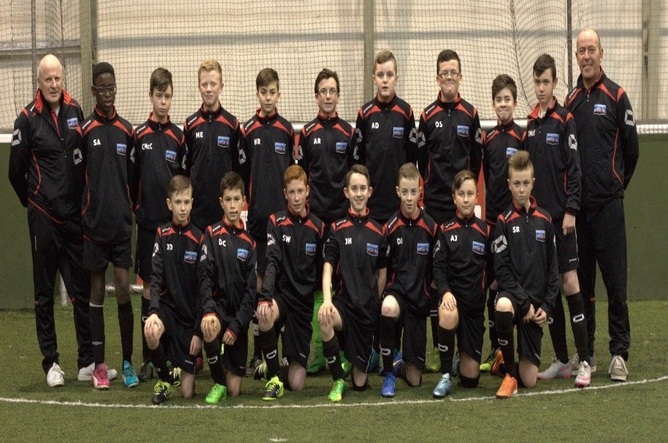 This latest win now sets the team up to close out the division as champions. One point is now needed away at Duleek to take the crown!  So, get down to Duleek on Tuesday evening and cheer the lads on! As much support as possible would be greatly appreciated by the players. Kick off is 7:00pm, best of luck Barry, Sean and the lads.

U12 Falcons working hard at the weekend! 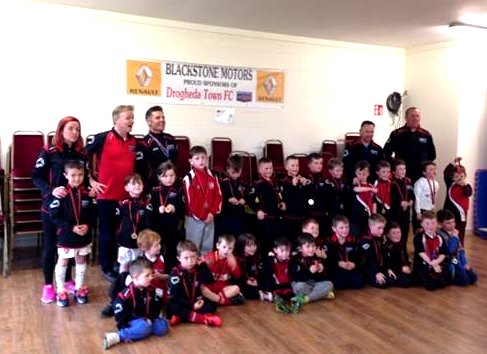 Well done to all who took part in the kindergarten this year. Thanks to all the coaches and committee members who gave up their time to help out every Monday evening.

Future stars, our Under 8 Falcons.
Keep up the good work lads!

For everyone coming to support us this (and every) weekend,
please keep in mind ......... 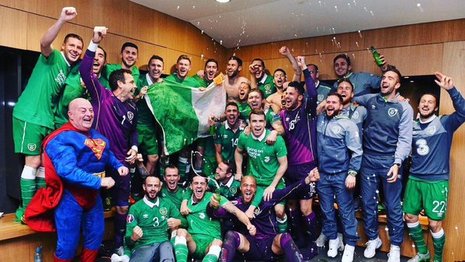 Senior Football Supporters!
Drogheda Town FC New Senior Kit For 2015 2016 Season. Many Thanks to Donal and Noel from Blackstone Motors main Renault and Dacia Dealers and Carzone.ie our Main Sponsors for the upcoming season.
Recently our U13's premier team entered the Volkswagen Junior Masters pre season tournament at the AUL complex. Victories against Knocknacarra FC, Willows FC and Peake Villa, saw the team lift the Bowl trophy. After a very tense final finished 2-2, the boys held their nerve to win on penalties.  Great support as ever for the team, a super squad effort over the weekend. Many thanks to Western Motors, Drogheda for their backing and Teamware for their tops. 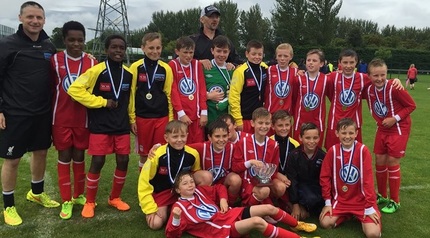